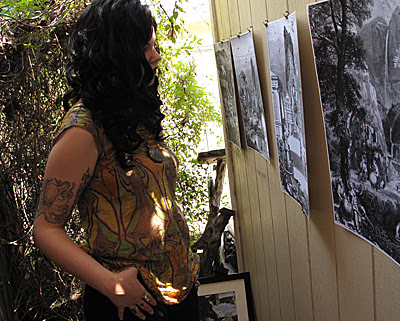 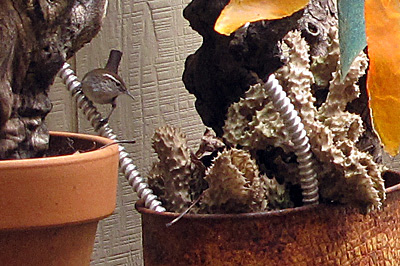 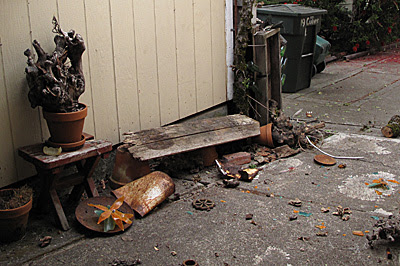 Finally, late the next Friday night, while we dozed unawares, an alleged miscreant was apparently trapped by police in the cul-de-sac and an ensuing fracas toppled much of the museum's forecourt, leaving splotches of blood on the driveway among the deconstructed art. Authorities have been tight-lipped about what actually transpired, and the structures are now mostly resurrected. The pot that contained the wren's nest was crushed, but fortunately it was unoccupied. Presumably the female wren had vetoed the location some days before and is now chirping the wren equivalent of "See? I TOLD you!!". We hope they are happily ensconced in a less chaotic location.
Posted by Jim Stewart at 8:52 PM 1 comment:
Categories: Museum news
Newer Posts Older Posts Home
Subscribe to: Posts (Atom)