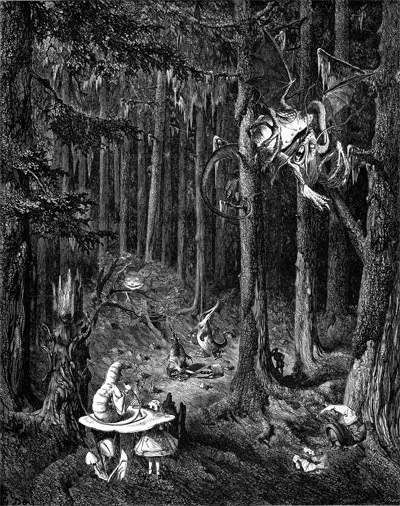 Two other Lewis Carroll societies exist, in the U.S. and the U.K, both tending toward somewhat more academic pursuits. This is perhaps the most interesting part of Carroll's legacy - that a synthesis of mathematical logic, wordplay, dream logic, storytelling invention, and a timeless view of childhood can inspire an apparently inexhaustible variety of movies, art, plays, and scholarly analysis.
Posted by Jim Stewart at 6:49 PM 2 comments:
Categories: Literary
Newer Posts Older Posts Home
Subscribe to: Posts (Atom)