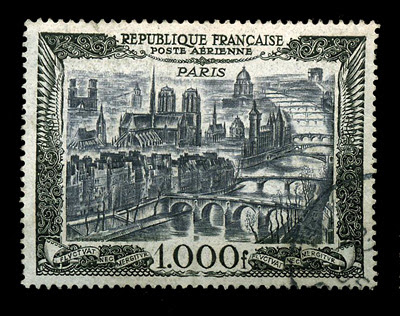 The Zymoglyphic Museum is now in the process of putting its philatelic collection online. The first installment can be seen here.

"What attraction, dear reader, has a postage stamp for you?...Is it a symbol of ordinariness, or is it the ultimate within the bounds of possibility, the guarantee of unpasssable frontiers within which the world is enclosed once and for all?...A stamp album is a universal book, a compendium of knowledge about everything human. Naturally, only by allusion, implication, and hint. You need some perspicacity, some courage of the heart, some imagination in order to find the fiery thread that runs though the pages of the book."

From the story "Spring", in The Sanatorium under the Sign of the Hourglass

My original museum, from when I was about 10 or 11, primarily included natural history objects, such as shells, rocks, and the occasional animal skin. However, like any decent curiosity cabinet, it also included cultural artifacts: arrowheads, kachina dolls, some square nails, and a worldwide stamp album. The stamps gave me a sense of connection to faraway, exotic places and collecting them created a sort of microcosm of the world. I was especially fascinated by the tiny, independent republics and principalities of Europe and idyllic scenes from isolated topical islands. The stamps of Africa and Oceania introduced me to romantic images of tribal art and lifestyles. My goal was to collect a stamp from every country in the world. I eventually lost interest in collecting stamps when exotic-sounding places like Bhutan, Tonga, and various Arabian sheikdoms started issuing gimmicky stamps which were clearly aimed at collectors and had no connection to their own cultures.

Later, in my forties, we inherited my wife's grandfather's collection of worldwide stamps. Judy had also been a collector as a girl, and it was something she and her grandfather would do together. While poring through this old album, I was inspired to start collecting again, taking up the task of collecting at least one stamp from every stamp-issuing entity. I spent a lot of pleasant weekend days hunting at local stamp shows and finding a stamp or two from some ever more obscure place. The total currently stands at more than 600 countries, territories, and other postal administrative units of the past and present.

Because of my interest in (and sympathy with) things that don't fall into standard categories, I became attracted to stamps known as "cinderellas" that were spurned by the mainstream collectors. These included stamps issued by independence movements in places such as Biafra and Chechnya, local postage from various British islands, and stamps produced by micronations. These have become the "exotic locales" of the modern world. Finally, I added the infinite and entirely imaginary geography of artist's stamps to my collecting. These can be any image in postage stamp size and style, but I have limited myself to ones purport to be from somewhere.
Posted by Jim Stewart at 11:19 AM
Categories: Museum collections, Personal anecdotes, Philately

What a beautiful, engaging site. I love the intriguing colors and the rich mix of images and textures. More, more, more!

Maybe you can direct me. I grew up in Nigeria, and have a stash of Biafran stamps that were found in our building. I probably have over 600 stamps. They have never been used, but due to humidty, many of them are permenantly stuck to their wax backing. Where do I even begin to sell these? I'm totally clueless.