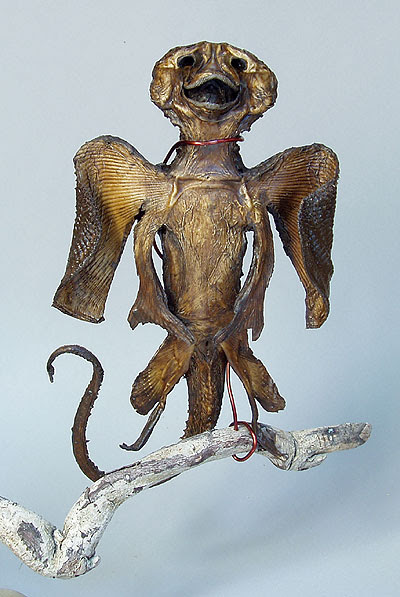 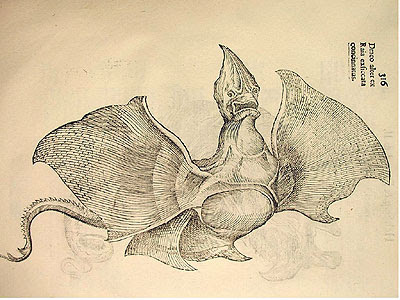 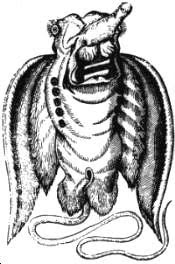 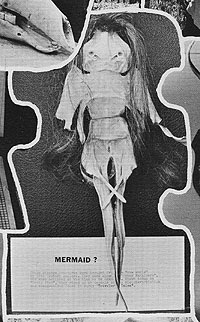 The Zymoglyphic museum's new acquisition joins two existing specimens in its natural history department. This one, referred to as the Zymoglyphic Mermaid, is endemic to the Zymoglyphic region. Also native to the region is a primitive flying species known as the Leatherwing.
Posted by Jim Stewart at 1:12 PM
Categories: Mermaids, Museum objects

There's a great discusssion of created monsters in 'Merchants and Marvels' eds. Smith and Findlen. Must scan a couple of the illustration for you...

October must be magic. You are writing in your wonderfully dry curator style -- I love it. Where do you come up with all this stuff anyway, huh? I like the mermaids, but especially enjoyed Cheeky Pete. Keep on 'bloggin...